Deprecated: Array and string offset access syntax with curly braces is deprecated in /home/public/cookbook/fox/fox.php on line 537

Deprecated: Array and string offset access syntax with curly braces is deprecated in /home/public/cookbook/fox/fox.php on line 620 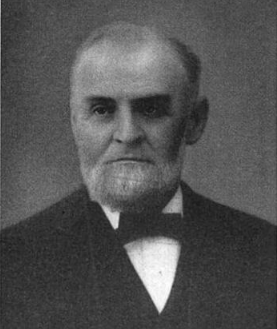 Jesse Herbert Farwell was born to George Farwell and Aurilla (Brownell) Farwell in North Charleston, New Hampshire, on January 22, 1834. The Farwell and Brownell families are long-time residents and well-established families of New England. Farwell was related to the descendents of Henry Farwell, Benjamin Allen, Simon Bradstreet, Thomas Dudley, and of John and Priscilla Alden of the Mayflower.1

Between 1872 and 1880, Farwell was an investor in the Clough & Warren Organ? Company of Detroit. He was also an investor, then president of the Dominion Organ and Piano? Company of Bowmanville, Ont. He led both of these firms to become leading producers of pianos and organs.ManufacturerMusical Instruments

In 1873, Farwell started the Farwell Transportation? Company, which owned and operated a fleet of twenty ships mostly large steamers and sailing ships. Shipping

He was part of the contracting partnership of Collins & Farwell?, which built, among other engineering projects, the Croton Aqueduct, EngineerTunnelCanalthe Poe Lock of the Soo LocksSoo Locks, a tunnel under the Niagara River at Buffalo, and the New York City Subway. In 1888, he opposed the construction of bridges over the Detroit and St. Clair Rivers preferring, instead, the construction of tunnels under the rivers. He was persuasive enough to lead to the construction of the St. Clair Tunnel in 1891. Farwell was a strong advocate of shipping canals and waterways. He spoke at many conventions for the expansion of the canal network, including an Atlantic-Pacific canal and the Nicaraguan canal.

During 1884, he bought up the failing stock of Detroit Journal (or the Detroit Evening Journal) for about $6,000 and sold it all later that year to a syndicate of William Livingstone?, John B. Corliss, and J. B. Moore? for a $4,000 profit.3 Newspaper

Access Genealogy, "Biography of Jesse H. Farwell", (2013) has an extensive article on Farwell which reprints and extracts "from Merrimack and Sullivan Counties, New Hampshire Biographies." The article also seems to have extensive reflections and quotes from Farwell.

Images of his home from Early Detroit Images from the Burton Historical Collection.

Citation: When referencing this page please use the following citation:

Unless otherwise noted all content on the Michigan Transportation History site is Copyright © 2020.
Page last modified on January 01, 2020, at 08:59 PM EST